GMOs Should Be Labeled 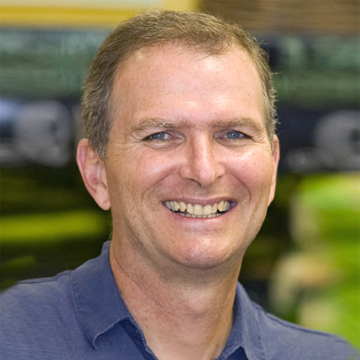 This legislative session, elected officials are considering SB2279, a bill requiring the mandatory labeling of genetically modified fruits and vegetables grown in Hawaii, for sale in Hawaii. Known as genetically modified organisms (GMOs), these foods have been altered at the molecular level by scientists using crude technology with limited government oversight.

Down to Earth is opposed to the development of products containing GMOs because we believe they pose health and safety risks and are a potentially dangerous interference in mother-nature’s arrangement. The people of Hawaii and the nation are currently unknowing and unwilling participants in a high stakes and vast scientific experiment. We can only hope that unforeseen consequences will not result from the unnatural genetic manipulation of the nation’s and the world’s food supply. And that we, the unknowing “guinea pigs” in this experiment, will not be stricken with new forms of disease, be subjected to new carcinogens, adverse environmental impacts etc. For these reasons, Down to Earth is striving to be as GMO-free as possible.

We are unknowing participants in this experiment as there are currently no government requirements that foods containing GMOs be labeled. Very few people are aware that they are almost certainly consuming significant amounts of GMOs. As of 2011, 88% of U.S. corn is genetically engineered as are 94% of soy, 95% of sugar beets, 90% of canola oil, 90% of cotton, and about 80% of Hawaiian papaya (Rainbow papayas). Also, this spring marked the first planting of GMO alfalfa.

In 2003 the Grocery Manufacturers Association estimated that GMOs were present in 70% to 75% of conventional processed food on supermarket shelves. That number is even higher today. Everything including bread, cereal, frozen pizza, soup, soda—all sorts of processed foods—now contain genetically engineered ingredients. Another common source of GMO food is dairy products from cows injected with the genetically modified hormone Recombinant Bovine Growth Hormone (rBGH).

Down to Earth strongly advocates GMO labeling so that individuals can choose whether or not to eat GMOs. Surveys show that the general public agrees. In a 2011 poll by CBS/NYT, 87 percent of those surveyed want labeling for foods containing GMOs. In a 2007 UH survey, Hawaii residents indicated that they also want to be able to choose whether or not to eat GMOs. More than 90 percent of those surveyed supported the labeling of GM foods, 68 percent indicated that such labeling was needed, and 50 percent felt that not labeling GM food products was a violation of consumers' rights.

Few choices in our daily lives are as important as the foods we choose to buy for ourselves and our families. We believe it is wrong for the government, on the urging of, and in the interests of the large agri-business corporations, to deny consumers the right to know what is in our food. Down to Earth urges the people of Hawaii to support the labeling of foods containing GMOs. The state legislature should require labeling on foods intentionally produced using genetic engineering, which are grown in Hawaii, for sale in Hawaii.