Organic versus Conventional: the difference is more than just skin deep 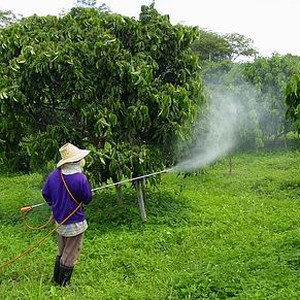 As the organic movement gains traction, more and more people are likely to wash and peel their non-organic produce to minimize exposure to dangerous pesticides. Many articles on organic foods list the "dirty dozen" - foods that should be purchased organic whenever possible because of high pesticide residues and “the clean fifteen.” - foods with the least amount of pesticide residue. It's important to arm yourself with this knowledge so you can protect your family even on a limited budget. However, it's equally important to remember that the dangers caused by these pesticides don't stop at the peel. Pesticide contamination is an ongoing, worldwide issue. At an international convention organized by the UN in Stockholm, nine of twelve of the most persistent and dangerous chemicals were revealed to be chemical pesticides.1 Some of the researched side effects of pesticide contamination include birth defects, autism spectrum disorders, brain cancer, pancreatic cancer, Parkinson's disease and endocrine disruption resulting in excess weight gain.2,3,4,5,6,7

Besides negatively impacting the health of human beings, synthetic pesticides, herbicides and fertilizers have also been found to disrupt the health of ecosystems. Nitrogen runoff from industrial farms in the Midwest has been found to contribute to a large "dead zone" in the Gulf of Mexico where fish and other marine life have experienced massive die-offs.8 The indiscriminate use of DDT after World War II resulted in the near extinction of bald eagles. Recently, honeybees, bats and frog populations have begun to plummet as pesticide residue overwhelms their immune systems.9 While the government has set "safe levels" of use for many synthetic chemicals, these levels are easily exceeded when pesticides and herbicides accumulate in groundwater over time.

By comparison, organic farmers use a variety of non-toxic methods to control weeds and insects, such as companion planting, mulching, tilling and maintaining soil fertility. Weeds flourish in soil that is unbalanced and undernourished, so the best method of controlling weeds is to build up the nutrients in your soil. When you have healthy soil, your plants will grow faster than the weeds - a win-win solution! Similarly, the best way to keep unwanted insects in check is to maintain a healthy environment where the natural predators of pests can thrive.

Over the last three or four generations, farming has largely changed from a cultural practice to an industry, subject to the same cost-benefit analysis of manufacturing. Organic farmers, however, know that the infinite variables in nature make growing food a far more complex task. In all cultures that live close to the land, farmers are respected as living reservoirs of vital knowledge. As methods are tried and tested, best practices are handed down from generation to generation. This knowledge of the land is itself a threatened resource that must be maintained.

So, next time you browse the organic section at the produce isle, consider the stories behind those crimson beets, leafy greens and purple radishes. Consider the knowledge locked up inside each sweet potato, each taro root, each hand of bananas. Eating organic produce helps to minimize your exposure to pesticides, but even when you know that a particular fruit or vegetable is not at risk for a high level of pesticide contamination you can still feel good about buying organic because you are supporting a practice that maintains the health of our planet and all its inhabitants.