A Wholesome, Plant-Based Diet May Cut Risks and Complications of Diabetes 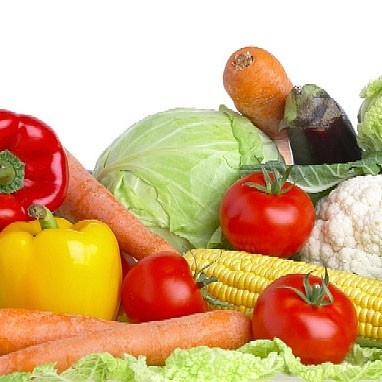 According to the National Institute of Health, diabetes alone affects almost 26 million people in the United States and national treatment costs for diabetes total $174 billion dollars per year. Furthermore, individuals diagnosed with diabetes have an average of twice as many medical expenses as non-diabetics.2 Fortunately, leading health experts agree that by switching to a low-fat, plant-based diet, you may be able to alleviate certain risk factors and complications resulting from diabetes.

Numerous scientific studies have concluded that a low-fat, plant-based diet may help you lose weight, increase insulin sensitivity and improve blood sugar levels. If you have a family history of diabetes, or are worried that you may be at risk, adopting a wholesome vegetarian diet may help prevent the development of diabetes as well. Weight loss is a consistent feature of a wholesome plant-based diet.

According to a 2010 USDA Dietary Guidelines report, vegetarian diets are often lower in calories, and vegetarians tend to have a lower body mass index than non-vegetarians.3 As a bonus, a low-fat, plant-based diet may also be easier to adopt than the standard diet put out by the American Diabetes Association (ADA).

In 2004, researchers affiliated with the Physicians Committee for Responsible Medicine (PCRM) compared a low-fat, plant-based diet with the diet designed by the ADA. The study published in the peer-reviewed journal, Diabetes Care, found that those on a plant-based diet not only lost more weight, but also had an easier time sticking with the diet.4 This was possibly due to the fact that while participants in the ADA diet were required to restrict calories and count carbs, those following a low-fat, plant-based diet were able to eat as much as they wanted within the parameters of the diet.

A healthy vegetarian diet may improve blood sugar control and insulin sensitivity, leading to a decreased need for medication. During the same comparison study, researchers found that after 22 weeks, 43% of participants in the plant-based diet were able to decrease their medication, compared to 26% of those following the standard ADA diet.5

In another study published in the American Journal of Medicine, researchers compared a low-fat, plant-based diet to a diet recommended by the National Cholesterol Education Program. The study participants consisted of post-menopausal women whose weight put them at risk for diabetes. They found that after 14 weeks, those on a low-fat, plant-based diet experienced lower blood sugar levels and increased insulin sensitivity. Those on the NCEP diet did not experience these changes.6

Experts at the Mayo Clinic confirm that a vegetarian diet consisting primarily of whole grains, fruits, vegetables, legumes and nuts can improve blood sugar control and make your body more responsive to insulin. Complications of diabetes may respond well to a wholesome vegetarian diet as well. Because a plant-based diet is usually low in saturated fat and cholesterol and high in soluble fiber, it may reduce your risk of heart disease, which is a common complication of diabetes.

The American Dietetic Association states that vegetarians have “lower rates of death from ischemic heart disease; ... lower blood cholesterol levels, lower blood pressure, and lower rates of hypertension, type 2 diabetes, and prostate and colon cancer.”7 In fact, among participants in the first PCRM comparison study who ate a plant-based diet, those suffering from hypertension were able to discontinue their prescriptions after 12 weeks.

From these and numerous other studies, doctors, medical researchers and other health experts have concluded that a low-fat, plant-based diet is safe and appropriate for diabetics. The benefits of a wholesome vegetarian diet are significant for those diagnosed with or at risk for diabetes. The cost of treating diabetes and its associated complications is immense. If we put just a fraction of the projected cost towards buying healthy, whole, plant-based food, we could save millions of hospital hours and billions of treatment dollars.

When it comes to your health, it’s never too late or too early to start eating well.