The Greenest Act: A Plant-based Diet 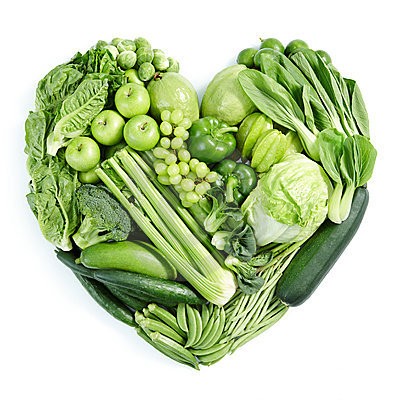 As we approach Earth Day this upcoming April 22nd, I am reminded of the environmental benefits of a plant-based diet. Advocates of a plant-based diet have long been aware that what we choose to eat is one of the most significant factors in the personal impact we have on the environment.1 Switching from a meat-based diet to a diet based on whole grains, fruits and vegetables reduces water and land use, lowers pollution, slows deforestation and reduces destruction of topsoil, among other benefits.2 Now, government organizations are beginning to catch on to the advantages of plant foods not only for personal and environmental health, but also for international security.

A recent report by the Office of the Director of National Intelligence, which Secretary of State Hillary Clinton called “sobering,” highlights the increased threat of water shortages and attendant political conflicts between now and the year 2040.3 The report found that pressure on dwindling fresh water resources, combined with poor water quality and increased flooding, is likely to lead to turmoil both within and between countries, particularly in the Middle East, North Africa and South Asia, with potentially negative effects on US international initiatives. Released on World Water Day in March, the report concludes by noting that because agriculture uses 70% of the global fresh water supply, changes to our food production will offer the greatest potential for relief from water scarcity. While the report doesn’t go into detail on what changes are necessary, given the huge amount of water consumed by livestock, it’s clear that scaling back on raising animals for food would be an instrumental solution. In a discussion of “virtual water content” (i.e. the amount of water needed to produce a certain item), the intelligence report notes that “in general, livestock products have a higher virtual water content than crop products.” For example, the global average virtual water content of chicken, pork and beef is over four and a half times greater than an equal portion of corn, wheat and rice.

The United Nations builds on this understanding to make a more explicit statement about the need for a vegetarian diet. Noting that there are 7 billion people to feed on the planet today and an estimated 2 billion more are expected by 2050, they demonstrate that most of the water we consume as a society is used to produce our food. In educational materials designed to reach as many people as possible, they point out over and over again that meat products are tens and sometimes hundreds of times more water intensive to produce than plant foods. For example, producing 1 kilo of beef consumes 15,000 litres of water while 1 kilo of wheat ’drinks up’ 1,500 litres.4 On average, meat takes 2,025 litres of water for every 150 grams, while fruit takes only 69 litres of water for the same amount, oats take 355 litres and soybeans take 412 litres.

Animal Agriculture Depletes Water Quality and Availability at All Levels

More than half of the water used in the United States today is for animal agriculture. One stark example of overexploitation is the Ogallala Aquifer, an underground body of water stretching from the Dakotas to Texas that feeds intensive irrigation throughout the Great Plains. The region raises 60% of the nation’s livestock, in addition to producing the largest amount of corn in the world, 70% of which is used to feed livestock.5 Corn is a highly water-intensive crop, and could not be grown in the Great Plains area without drawing on the reservoir for heavy irrigation.6 Since the Ogallala Aquifer was first tapped in 1911, the depletion rate has been so rapid that many estimate it will dry up in as little as 25 years.7 Besides depleting our water supply, animal farms also cause extensive pollution. Farmed animals produce 130 times more excrement than the human population and, due to lax or nonexistent procedures for animal waste treatment, the run-off from their waste is fouling America’s waterways.8 In 1995, for instance, an eight-acre hog-waste lagoon in North Carolina burst, spilling 25 million gallons of manure into the New River. The spill killed about 10 million fish and closed 364,000 acres of coastal wetlands. One might hope this was an isolated incident. But between 1995 and 1998, 1,000 spills or pollution incidents occurred at livestock feedlots in 10 states and 200 manure-related fish kills resulted in the death of 13 million fish.9 Finally, animal waste also emits methane and nitrous oxide, which are major contributors to global warming. Methane has a Global Warming Potential (GWP) 23 times greater than CO2. Nitrous oxide’s GWP is 300 times greater.10 Global warming, in turn, has been linked to an increase in flooding and other natural disasters around the world.11 So, between using vast amounts of nonrenewable fresh water supplies, polluting existing water supplies and contributing to global climate change on an unprecedented scale, it’s clear that the livestock industry is in large part responsible for the problems identified by the National Intelligence agency.

Plant-Based Diets Are Gaining Traction at All Levels of Government

From the United Nations down to the Honolulu City Council, policymakers and members of local and international government are taking notice of the benefits of a plant-based diet. In this regard, at a recent rally to support sustainable solutions to local housing and environmental concerns, Honolulu City Councilwoman Tulsi Gabbard said something particularly insightful, “If we are to make just one change in our lives as individuals, families, and communities that would have a ripple effect throughout our community in terms of helping us overcome our environmental problems, health problems, and our happiness problems, it would be to move from a meat-centered diet to a diet centered around plants, fruits, and whole grains.” Whether it's unchecked air or water pollution, soil erosion, or the overuse of resources, raising animals for food is wreaking havoc on the Earth. The single most important thing an individual can do for their health and the environment is to adopt a vegetarian diet.