Genetically modified organisms (GMOs) are essentially plants and animals that have had their genetic material (DNA) altered in a way that does not occur naturally. The technology is also known as biotechnology, bioengineering, recombinant DNA technology, or genetic engineering. Often they are referred to as biotech crops.

Biotech crops (GMOs) is a term commonly used to refer to crops whose genetic makeup has been altered to give the plant a desirable trait. This is made possible using an experimental, imprecise laboratory process called gene splicing, where DNA from one gene is spliced into another. Sometimes, the genes are transferred between different species, resulting in traits that cannot occur naturally in nature. For example, the iconic "fish tomato" was created when genes from winter flounder, known to resist cold temperatures, were inserted into a tomato plant in order to enable the plant to survive a frost.1 Jeffrey Smith, prominent speaker on the dangers of GMOs and founder of the Institute for Responsible Technology, among others, believe that “the technology of genetic engineering is currently very crude. It is not possible to insert a new gene with any accuracy, and the transfer of new genes can disrupt the finely controlled network of DNA in an organism.”2

As of December 2011, there were nine GMO crops in commercial production:3

Also at high-risk of containing GMOs are animal products (milk, meat, eggs, honey, etc.) because of contamination in feed and flora.

Are GMO safe to eat?

One of the most common concerns about the prevalence of GMOs in North America is whether they are safe for human consumption. The sad truth is many of the foods that are most popular with children contain GMOs. Cereals, snack bars, snack boxes, cookies, processed lunch meats, and crackers all contain large amounts of high-risk food ingredients.

While many in the scientific community assert that GMO foods are not toxic and are safe, a significant number of scientists are sounding the alarm. They say genetic engineering poses risks that scientists simply do not know enough to identify. In fact, based on what little is known about GMOs, many scientists have identified a variety of ways in which they could adversely impact both human health and the environment.

Specific GMOs may be harmful by virtue of the novel gene combinations they possess. No one knows with certainty how these new life forms will behave in the future, so the limited risk assessments conducted to date are poor predictors of the safety of GMOs over the long term.

At the most basic level, so-called government risk assessment is suspect because it actually conducts no research on its own. Health and safety reviews rely almost entirely on data supplied by the very companies seeking approvals for their new GMO products. This is a serious conflict of interest that brings into question the validity of safety assurances from the government.

What are the environmental risks?

GMOs contaminate forever. GMOs cross pollinate and their seeds can travel. It is impossible to fully clean up our contaminated gene pool. Genetic engineering allows plants to survive high doses of weed killers, resulting in higher herbicide residues in our food. GMO crops are creating ‘super weeds’ and ‘super bugs,’ which can only be killed with ever more toxic poisons. Pollen drift from GMOs can contaminate nearby crops and wild plants of the same type through crossbreeding. Biotech crops have not reduced pesticide applications nor increased crop yields. They have not helped farmers produce food that is healthier, more nutritious or better tasting. Rather, genetically engineered crops have caused 527 million pounds of additional herbicides to be applied to the nation’s farmland.14

Why does the government say GMOs don’t need to be labeled?

Government and the GMO industry say these new crops are environmentally safe and that there's no nutritional difference between GMOs and conventional crops. According to them we don't need to know, so no labeling is required.

Therefore, since their commercialization 1992, the U.S. Food and Drug Administration (FDA) has rejected labeling of GMO foods. By contrast, labeling is required in 64 countries including the 27 member nations of the European Union, Australia, New Zealand, Japan, Korea, Brazil and China.15

Why are consumers calling for labeling?

Down to Earth joins the call for GMO labeling so that, if we want, we can choose not to eat GMOs. The general public agrees. A 2011 New York Times blog poll shows that 83 percent of US consumers are bothered by the presence of GMOs in food; 89 percent want to see labeling of such foods; about 85 percent would like to see stricter regulations; and nearly three-fourths would buy less salmon if it were GMO.16

This tracks with a 2013 survey by HuffPost/You Gov Poll, which found that 82 percent of Americans think GMO foods should be labeled, while only 9 percent say they should not be labeled.17

Similar results were found five years ago among Hawaii residents' preferences who, in a 2007 University of Hawaii survey, indicated that they want choice. "…More than 90 percent of those surveyed supported the labeling of GM [Genetically Modified] foods, 68 percent indicated that such labeling was needed, and 50 percent felt that not labeling GM food products was a violation of the consumer’s rights."18

The simple truth is that most people want the right to choose what they eat and what they feed their families. For consumers to make informed decisions, the public deserves a truthful marketplace.

How can you avoid GMOs?

One of the ways to avoid GMOs is to choose foods that have the Organic seal, which certifies that GMOs were not used in production: 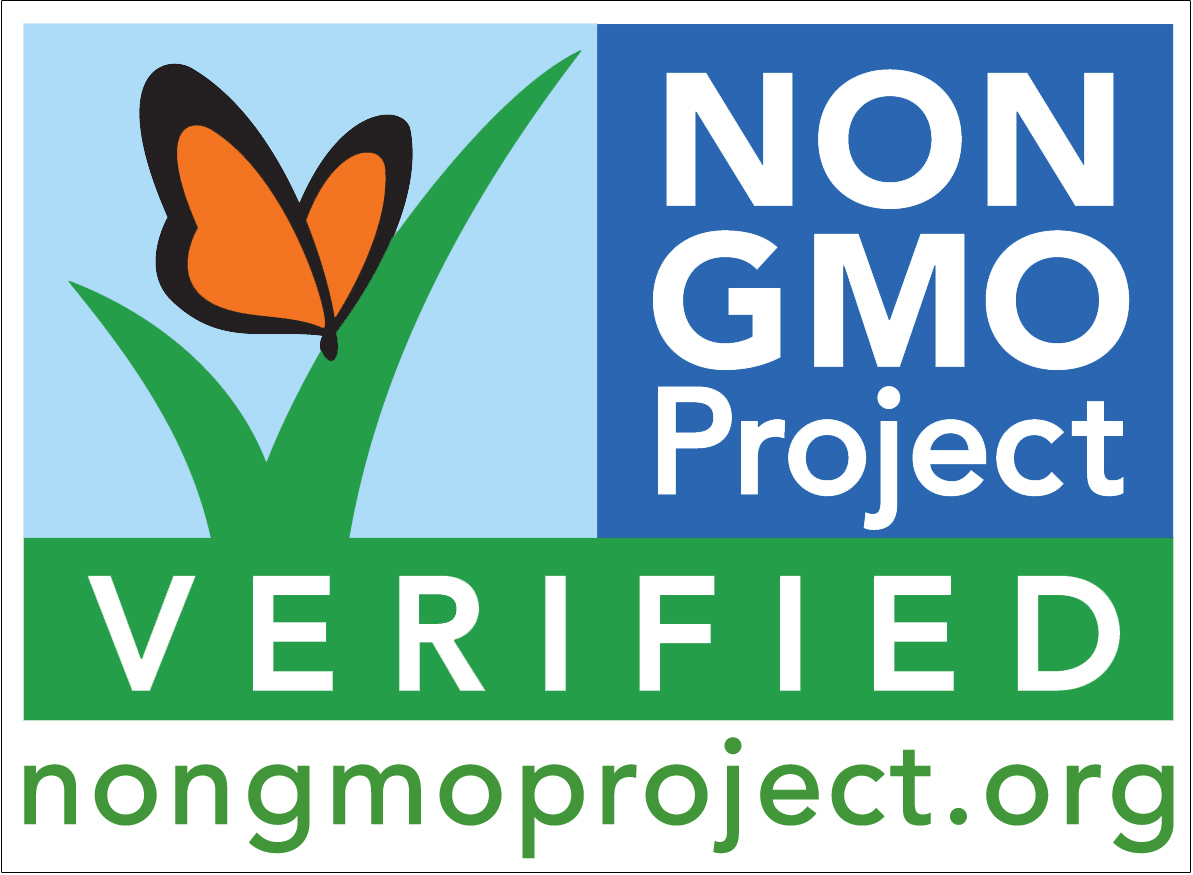 Down to Earth, along with the natural products industry, strongly supports this Project. It is a non-profit collaboration of companies, farmers, and consumers offering North America’s first program that verifies non-GMO products. The Non-GMO Project provides a seal of approval to manufacturers that meet their rigorous non-GMO standards. Backed by independent testing, the “Non-GMO Project Verified” seal means that GMO contamination has been avoided throughout the growth and harvesting of crops, their processing, storage and packaging. Over 10,000 products have been verified to date, with thousands more in the process.20

As manufacturers begin to include the “Non-GMO Project Verified” logo on their packaging, you will see more and more of the verified products on our shelves. Consumers have the right to choose what foods to eat and feed their families. This Non-GMO logo enables consumers to exercise this right! We get to exercise this right only with products from manufacturers that voluntarily comply with the Non-GMO Project's standards. In contrast, GMO labeling should be required on all food packaging.

What is the “Non-GMO Project”?

As increasing numbers of manufacturers include the “Non-GMO Project Verified” seal on their packaging, you will see more and more of these Verified products on our shelves. Consumers have the right to choose what foods to eat and feed their families. This Non-GMO logo enables consumers to exercise this right. To find out more about the Non-GMO Project and this seal, visit the Non-GMO Project website.

Does Down to Earth sell products that contain GMOs?

We don't know of a single food retailer in the U.S. that doesn't sell products containing GMOs. Along with other retailers, food manufacturers, and consumers, Down to Earth is essentially a victim of the biotechnology industry. Without mandatory labeling it is difficult to know with any certainty which products contain GMO ingredients. Down to Earth is opposed to the development of products containing GMOs. Unfortunately, the biotech industry has forced its products upon us with inadequate testing and—due to lax government oversight—without any requirement for labeling. As a result, it is not possible for us to identify which products may or may not contain GMOs. Therefore, regrettably, as with all grocers and natural foods stores, we may sell some products that may contain GMOs. (NOTE: Down to Earth does not sell single-ingredient GMO foods including papaya, corn, soy, canola or sugar produced from GMO sugar beets. In our Deli, we use only organic corn and tofu made with organic soybeans.)

Down to Earth’s long-term goal is to be GMO-free. As we move towards our long-term goal to be all-organic and GMO-free, we give priority to organic and Non-GMO Project Verified products in our purchasing decisions, and we are gradually eliminating products that contain GMOs. Unfortunately, we are unaware of any grocery store in the USA that can claim to be GMO-free, though we are hopeful that one day, many stores, including Down to Earth, will be able to make that claim. Toward this end, we:

To learn more, visit the FAQ pages on these sites: