GMO Foods Should be Labeled | Down to Earth Organic and Natural

GMO Foods Should be Labeled

"We have the Right to Know What is in Our Food"

One of the most dangerous and least understood experiments with human health the world has ever known is currently underway without your consent—in your household and households across the nation, indeed throughout our entire planet. It is the wholesale contamination of the world's food supply with genetically modified organisms (GMOs).

A GMO is the result of a laboratory process where genes are taken from one species and inserted into another in an attempt to obtain a desired trait or characteristic. GMOs are also known as genetically engineered-, bio-engineered-, biotech crops, or transgenic organisms.

While GMO proponents say their goal is to increase nutritional benefits or productivity, the two main traits that have been added to date are herbicide tolerance and the ability of the plant to produce its own pesticide. These results have no health benefits, only economic benefits to the companies that produce them, at the cost of significant negative consequences.

Introduced in 1996, the genetic engineering of plants and animals today looms as one of the greatest and most intractable environmental and health challenges of the 21st Century. With promises of making more and supposedly “better” food, this new technology has invaded our farmlands, grocery stores, and our kitchen pantries by fundamentally altering some of our most important staple food crops.

Most Food On Supermarket Shelves Is Contaminated by GMOs!

As of 2011, 88% of U.S. corn is genetically engineered as are 94% of soy, 95% of sugar beets, 90% of canola oil, 90% of cotton, and about 80% of Hawaiian papaya. Also, this spring marked the first planting of GMO alfalfa.1,2 In 2003 The Grocery Manufacturers Association estimated that GMOs were present in 70% to 75% of conventional processed food on supermarket shelves.3 That number must be even higher today. Everything including bread, cereal, frozen pizza, soup, soda—all sorts of processed foods—now contain genetically engineered ingredients. Another common source of GMO food is dairy products from cows injected with the genetically modified hormone Recombinant Bovine Growth Hormone (rBGH).

Are GMOs Safe to Eat?

One of the most common concerns about the prevalence of GMOs in North America is whether they are safe for human consumption. The sad truth is many of the foods that are most popular with children contain GMOs. Cereals, snack bars, snack boxes, cookies, processed lunch meats, and crackers all contain large amounts of high-risk food ingredients.

While many in the scientific community assert that GMO foods are not toxic and are safe, a significant number of scientists are sounding the alarm. They say genetic engineering poses risks that scientists simply do not know enough to identify. In fact, based on what little is known about GMOs, many scientists have identified a variety of ways in which genetically engineered organisms could adversely impact both human health and the environment.

Specific engineered organisms may be harmful by virtue of the novel gene combinations they possess. No one knows with certainty how these new life forms will behave in the future, so the limited risk assessments conducted to date are poor predictors of the safety of GMOs over the long term.

At the most basic level, so-called government risk assessment is suspect because it actually conducts no research on its own. Health and safety reviews rely almost entirely on data supplied by the very companies seeking approvals for their new GMO products. This is a serious conflict of interest that brings into question the validity of safety assurances from the government.

Government and the GMO industry say these new crops are environmentally safe and that there's no nutritional difference between GMOs and conventional crops. According to them we don't need to know, so no labeling is required.

Therefore, since their commercialization 1992, the U.S. Food and Drug Administration (FDA) has rejected labeling of GMO foods. By contrast, labeling is required in countries including the 27 member nations of the European Union, Australia, New Zealand, Japan, Korea, Brazil and China. Currently pending before the (FDA) is a decision on whether to approve the first genetically engineered animal—a salmon that grows to maturity twice as fast as normal and, if approved, whether to require labeling on this salmon.

Down to Earth joins the call for GMO labeling so that, if we want, we can choose not to eat GMOs. The general public agrees. A 2003 poll by ABC news showed that, "…huge majorities of Americans favor mandatory labeling — 92 percent for genetically modified foods, and 85 percent for food from farm animals that have been fed hormones or antibiotics."4

These figures track with Hawaii residents' preferences who, in a 2007 UH survey, indicated that they want choice. "...More than 90 percent of those surveyed supported the labeling of GM foods, 68 percent indicated that such labeling was needed, and 50 percent felt that not labeling GM food products was a violation of the consumer’s rights."5

The simple truth is that most people want the right to choose what they eat and what they feed their families. For consumers to make informed decisions, the public deserves a truthful marketplace. 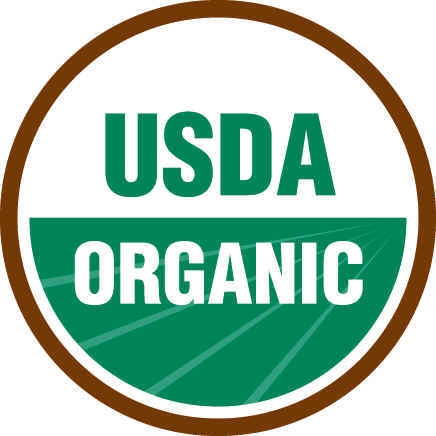 Look for the Organic or Non-GMO Project Verified Seal

One of the ways to avoid GMOs is to choose foods that have the Organic seal, which certifies that GMOs were not used in production: 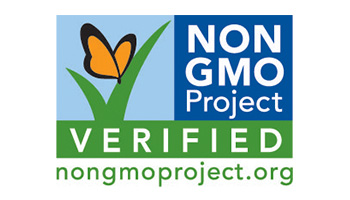 Down to Earth, along with the natural products industry, strongly supports this Project. It is a non-profit collaboration of companies, farmers, and consumers offering North America’s first program that verifies non-GMO products. The Non-GMO Project provides a seal of approval to manufacturers that meet their rigorous non-GMO standards. Backed by independent testing, the “Non-GMO Project Verified” seal means that GMO contamination has been avoided throughout the growth and harvesting of crops, their processing, storage and packaging. Over 3,000 products have been verified to date, with thousands more in the process.

As manufacturers begin to include the “Non-GMO Project Verified” logo on their packaging, you will see more and more of the verified products on our shelves. Consumers have the right to choose what foods to eat and feed their families. This Non-GMO logo enables consumers to exercise this right! We get to exercise this right only with products from manufacturers that voluntarily comply with the Non-GMO Project's standards. In contrast, GMO labeling should be required on all food packaging.

GMO Labeling Is Key to Our Right to Know!

Few choices in our daily lives are as important as the food choices we make for ourselves and our families. We should be the ones in control, not government. It's wrong for government to deny us our right to know. Our right to know what is in the food we are buying and our right to choose our preferred food should not be usurped for any reason.

Most Hawaii residents want GMO labeling and many are not convinced that GMOs are safe. Some oppose them based on scientific studies; others oppose them on religious, spiritual, philosophical, or ethical beliefs. While we have different reasons for wanting to know what is in our food, the one thing no one should deny is our right to know.

Down to Earth calls on Congress to support labeling of foods that contain GMOs.