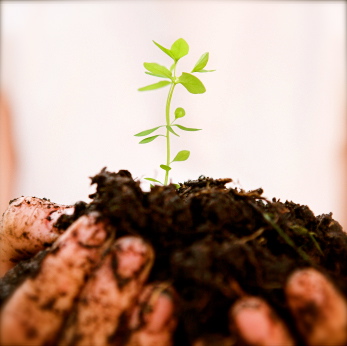 The positive environmental benefits of organic farming are well-documented. Organic farming preserves biodiversity and soil fertility, prevents soil erosion and reduces contamination of the water supply from toxic runoff. Anecdotal evidence and common sense tell us that organic food tastes better and is less likely to be contaminated with pesticides. However, when it comes to the assertion that organic food is actually more nutritious than non-organic food, most scientists agree there is a need for more research. Fortunately, studies of this type are increasing and many recent studies are concluding that organic food may indeed have higher levels of some nutrients and antioxidants and lower levels of nitrates and pesticides.1

Similar results were reported from a study on organic oranges. According to research at Truman State University in Missouri, organically grown oranges contained up to 30% more vitamin C than those grown conventionally.5 Furthermore, a study from University of California, Davis found that organic tomatoes contained averages of 79% and 97% more quercetin and kaempferol aglycones (beneficial flavonoids) than conventionally grown tomatoes.6

Further supporting the claim that organic foods in general are more nutritious is a report by Virginia Worthington, M.S., Sc.D., C.N.S. Reviewing 41 published studies comparing the nutritional value of organically grown and conventionally grown fruits, vegetables, and grains, Worthington concluded there were significantly more of several nutrients in organic crops. These included 27% more vitamin C, 21.1% more iron, 29.3% more magnesium, and 13.6% more phosphorus.7 A 2008 report jointly produced by The Organic Center and professors from the University of Florida Department of Horticulture and Washington State University provides evidence that organic foods contain, on average, 25% higher concentration of 11 nutrients than their conventional counterparts.8

Research on organic milk has reported such positive findings as higher levels of antioxidants and beneficial fatty acids such as conjugated linoleic acid (CLA) and omega-three fatty acids.9 One of these studies reported that the organic milk actually had 68% more omega-3 fatty acids, on average, than conventional milk.10

While the scientific debate is still out regarding the nutritional superiority of organic foods, research concluding in the favor of organics is certainly growing as evidenced by the above studies. As consumer interest in organic products continues to grow, new studies will continue to shine light on the many possible benefits of eating and growing organically. At Down to Earth, we have always been aware of the value of organics, whether supported by science or simple common sense, and we remain committed to supporting organic farming and providing you with quality organic products.

There has been a debate for many years about whether organic foods are healthier and more nutritious than non organic foods (i.e. foods sprayed with poison). Last month a UK study found that there was no evidence of nutritional superiority of organics. This month there is a French study that shows that there are nutritional benefits to organic.

Buy organic and save money!

It was great to see a mainstream news service promoting the consumption of organic foods today (Monday, January 4, 2010). The Honolulu Advertiser carried an article by the McClatchy-Tribune News Service extolling the virtues of organic foods.