Studies Show the Effect of Pesticides on Children 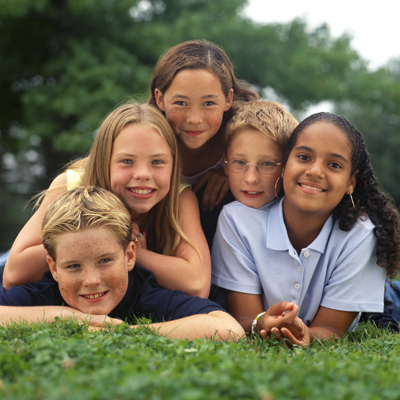 Some of us may not be very concerned about eating organic. Heck, with today’s busy lifestyle, it’s a challenge just to get enough fruits and vegetables in our diet. However, there is a special group of people who may need to eat organic as much as possible. According to the EPA (Environmental Protection Agency) infants and children may be especially sensitive to the health risks posed by pesticides.1 One of the reasons for their vulnerability, the EPA says, is that their internal organs are still developing and maturing. Another reason is that in relation to their body weight, children eat and drink more than adults do, which increases their exposure to pesticides. Also, children’s exposure to pesticides is increased because of their tendency to put objects in their mouths, and to play on lawns, floors, etc.

Many studies are showing the effects of pesticides on children. In 2010 the journal Pediatrics published a study by the Harvard School of Public Health which found that children with high levels of pesticides known as organophosphates were twice as likely to develop ADHA (Attention-Deficit/Hyperactivity-Disorder).2 The data found was based on the general U.S. population. Which means pesticides could be harmful at levels normally exposed to children. Researchers agree that this is a strong association and that if true, is a very serious concern since these are widely used pesticides. Organophosphates were originally developed for chemical warfare and are known to be toxic to the nervous system.

Beyond infants and children, new studies are also showing that pesticides in fruits and vegetables may be harmful for a developing fetus as well. A new University of California, Berkeley study linked prenatal pesticide exposure to lower levels of IQ in children. The study measured pesticide exposure in the urine of pregnant women in Salinas and found a 7 point IQ deficit in children whose mothers had the highest pesticide levels.3 What’s alarming is that the urinary pesticide concentrations were within the range of levels measured in the general U.S. population. In other words it was an average amount of exposure. This was one of three studies published on April 27, 2011 in the peer-reviewed journal Environmental Health Perspectives, showing the association between pesticide exposure and children’s IQ. The other two studies, one at Mt. Sinai Medical Center, and the other at Columbia University, examined inner city populations in New York City. Researchers were surprised by the level of consistency across populations in the studies, which is very unusual.

What do you take home from all these studies related to pesticides and children? The answer is simple. Reduce their exposure as much as possible. How?

How to Avoid Pesticides in Your Diet

Pesticide use is a world-wide problem adversely affecting environmental health as well as human health. This Earth Day, take a step toward a healthier planet and a healthier you by limiting pesticides in your diet.

By Andrew Schneider P-I Senior Correspondent Government promises to rid the nation's food supply of brain-damaging pesticides aren't doing the job, according to the results of a yearlong study that carefully monitored the diets of a group of local children. The peer-reviewed study found that the urine and saliva of children eating a variety of conventional foods from area groceries contained biological markers of organophosphates, the family of pesticides spawned by the creation of nerve gas agents in World War II.