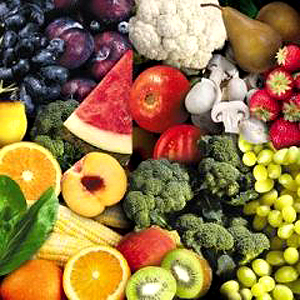 An important way to lower our risk of cancer is to adopt a plant-based diet, according to the American Cancer Society. Their Guidelines On Nutrition And Physical Activity For Cancer Prevention includes eating “a healthy diet, with an emphasis on plant sources.”1

Plant-based diets tend to be lower in saturated fats and high in fiber, vitamins, and phytochemicals. That is why to lower cancer risk, the world famous Dr. William Sears recommends:2Switch from an animal-based diet to a plant-based diet.

The most compelling research linking diet to cancer are studies of groups of people who have primarily plant-based diets. For example, vegetarians and Seventh Day Adventists [who are also vegetarians] have a much lower risk of cancer. One of the theories on the high incidence of cancer in modern times is the belief that the switch from plant-based to animal-based diets correlates with the increase in cancer.

The plant food/less cancer correlation is primarily due to three health-promoting factors: Plants have less fat, more fiber, and more phytonutrients. Phytonutrients or phytochemicals simply means plant nutrients . These chemicals or nutrients are naturally occurring in plants and have been shown to protect the body and fight disease, especially cancer. Plant-based foods all have beneficial features in one way or other. However, there are some plant foods that have shown to be rich in cancer-preventing phytochemicals. Here is a list of some of the top cancer-fighting foods (in no particular order).

In a recently concluded 12-year study, scientists found that people who eat meat regularly, especially meat that is well done or cooked at high temperatures, may have a higher chance of developing bladder cancer.

Science continues to support the conclusion that a diet rich in whole grains, fruits and vegetables is ideal for overall health and well-being. In contrast, new evidence is supporting the idea that high-meat diets can lead to cancer.