Your Brain on Berries 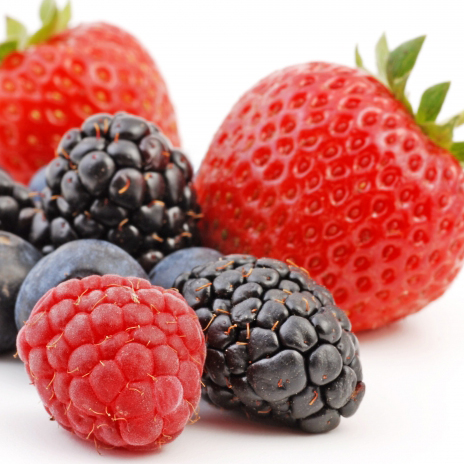 There’s something delightfully sweet about a fresh-picked strawberry, still warm from the sun, or a summer picnic with blueberry cobbler and ice-cold raspberry lemonade… However you use them, the summer season is the time to shine for berries of all varieties!

If it isn’t enough that these juicy jewels of summer taste great alone and in all kinds of dishes, berries are also nutritional powerhouses, full of antioxidants, fiber, vitamins and minerals. The latest research focuses on the role of berries in slowing cognitive decline in older adults. A study by Brigham and Women's Hospital and Harvard Medical School in Boston, published in The Annals of Neurology, April of 2012, reports that eating berries may slow cognitive decline by as much as 2.5 years. The findings are based on data from the Nurses' Health Study, a cohort study begun in 1976 of 121,700 female registered nurses.1 The researchers discovered that those women who consumed more berries, specifically strawberries and blueberries, showed slower cognitive decline. Even after taking into consideration factors such as income level, education, lifestyle habits, and other determinants that might affect mental acuity, the conclusions were upheld.

To begin seeing the cognitive effect of consuming berries, participants in the study ate at least one-half cup of blueberries or a full cup of strawberries per week. It appears that flavonoids are to thank for the protective benefits of berries. Flavonoids, especially those called anthocyanidins, fight inflammation and oxidation, two processes that can affect brain cells as they age.

The positive effect of anthocyanadins and berries on cognitive function is not a new finding. Previous studies have demonstrated similar results but were less conclusive because the studies were much smaller or focused only on animal research. Similar long-term studies will need to be done in order to fully validate the conclusions of the researchers. And with more Americans over the age of 65 than ever before -- the 65-and-older population jumped 15.1 percent between 2000 and 2010, compared with a 9.7 percent increase for the total U.S. population -- it’s certainly an issue that warrants further research.2

Meanwhile, why not add more berries to your diet, whatever your age may be? They are fresh and affordable this time of year and in addition to fortifying your body with disease-fighting antioxidants, fiber and vitamin C, they just might help your mind stay sharp for years to come.