Go Non-GMO with Down to Earth & Ko Farms

October is Non-GMO Month and Down to Earth loves to support non-genetically modified products. Shop our stores and support brands and farmers that are dedicated to organic, sustainable, and non-GMO production, like Ko Farms in Palolo.

The GMO (genetically modified organism) seed timeline in Hawaii goes back to the mid-90s. An outbreak of ringspot virus destroyed most of Hawaii’s rainbow papaya crops, causing production to fall 40%.

Urgent! Petition to Stop the Censorship of GMO labeling

Please send this URGENT message to US Government leaders to protect your right to know which foods are made from genetically modified organisms (GMOs).

A Suggestion for Evaluating GMO Technology: "Dangerous Until Proven Safe."

Aloha everyone! Can you believe we are almost toward the end of the year? Seems like just yesterday was the start of a fresh new year. So many exciting things have happened in Hawaii this year. There are two celebrations that I love: Halloween and Non-GMO Month! 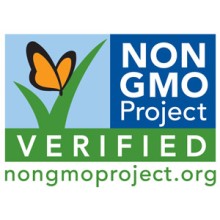 As consumers, we value the basic right to choose from a wide variety of foods in the marketplace, to make informed choices as to what to eat and what we feed our families. Presently this right is being denied to consumers around the world who want to know whether a food contains genetically modified organisms (GMO). 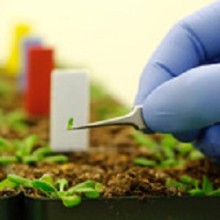 One of the most dangerous and least understood experiments with human health the world has ever known is currently underway without your consent—in your household and households around the world. It is the wholesale contamination of the world's food supply with genetically modified organisms (GMOs).

Cables released through the controversial website Wikileaks reveal that the US government is trying to enact an aggressive pro-biotech agenda even in the face of entrenched international opposition.

The Time is Now: Tell the Secretary of Agriculture, "We Need a Total Ban on GM Alfalfa."

GMOs are, without a doubt, the most important issue of our generation. The decisions made now will have a decisive and irreversible impact on food security and health for uncountable numbers of generations in the future. Following a drawn out legal challenge to biotech industries by concerned farmers, the USDA recently announced that they are considering total or partial deregulation of GM alfalfa. Please educate yourself about this vital issue. I urge you to contact Tom Vilsack, the Secretary of Agriculture, and tell him that a total ban on GM alfalfa is necessary to ensure that organic farmers are able to maintain the purity of their crops.