The Christmas season can be a challenge to our eco-consciousness: we pour energy into light displays, burn gas on shopping trips, wallow in packaging and wrapping paper, and spend money on gifts that cause more ecological harm than good

The Christmas season can be a challenge to our eco-consciousness: we pour energy into light displays, burn gas on shopping trips, wallow in packaging and wrapping paper, and spend money on gifts that cause more ecological harm than good.

When I was nineteen years old, I dropped out of college, took the subway to the airport, hopped on the first flight to Spain, took a train out to the country and started walking, carrying only a change of clothes and some books I’d been meaning to read.

Getting Back to Our Roots

Living in Honolulu, it’s so easy for me to forget that I live on land that is still very much alive. This past December, a group of thirteen Down to Earth team members (including myself) dedicated some time to volunteer at a special place tucked deep in Kalihi Valley.

Earth Day is on April 22, one day before my birthday. Growing up, I always felt a connection to Earth Day; it was like my own special holiday.

Make a Difference this Earth Day!

Although Earth Day is officially April 22nd, Down to Earth will be celebrating it on Sunday April 27th with a special day of fun and music. 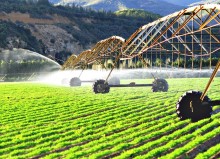 Water resources are growing scarce in Asia and experts say the primary culprit is changing diet. Increasing adoption of a western meat-based diet requires more than four times the amount of water to produce than tofu and ten times more than rice.

Your Health and the Environment

What we eat can cause or worsen diet-related illnesses and thus has a significant impact on our quality of life.

Virtually all the major scientific and medical institutions in the world agree that the risk of cardiovascular disease and stroke, obesity, osteoarthritis and osteoporosis, cancer, and diabetes, among other diseases is linked to a meat-based diet consisting of highly processed foods laden with fats and artificial ingredients. These institutions further agree that the risk is greatly reduced by adopting a healthy low-fat, high-fiber diet.

It's Green to Adopt a Vegetarian Diet

What we choose to eat is one of the most significant factors in the personal impact we have on the environment and the fastest path to climate change. A recent study examining the impact of a typical week’s eating showed that plant-based diets are better for the environment than those based on meat. A vegan organic diet had the smallest environmental impact while the single most damaging foodstuff was beef. All non-vegetarian diets require significantly greater amounts of environmental resources such as land and water.

An article in the Honolulu Advertiser today talks about aquaculture in Hawaii, and how various environmental groups are opposed to it on the basis that it is harmful to the environment. Aquaculture is another way of saying a fish factory farm, a large number of fish concentrated together in a sma